The Maritime Club is a virtual live music venue situated in www.virtualbelfast.com in the non-profit www.osgrid.org as well as the great live acts each week resident DJ Stiofain plays a classic obscure album in the order the artist originally intended on Sundays at 9 PM GMT.

This blog is intended to archive about a years worth of those albums with HQ cover and label scans and recordings from the original vinyl in 320kbps MP3 format and links to more information on the artists to give a good idea of the style of music played.

In the real world the Maritime Club was opened by Van Morrison in Belfast in April 1964 more details and video the virtual Maritime Club opened in 2007 and has been featuring weekly live music events ever since.

If any of the content here infringes on the rights holders just send a mail and it will be immediately removed.

Otherwise I consider that running the show and this blog constitutes an educational resource.

You should check out copyright issues in your jurisdiction before listening or downloading.


You can listen live in the player below but for the full virtual experience follow these instructions .

Posted by stiofain at 09:24 No comments:

Bob Lind - Since There Were Circles

Even the most devoted music aficionado could be forgiven for believing Bob Lind was a one-hit wonder. The once-reclusive folk singer enjoyed a brief stint at the top of the charts in 1966, courtesy of the hit “Elusive Butterfly.”
Lind sang of love and longing, and like Dylan and Donovan, set hearts a-fluttering in the process. And the song drew a following of its own; it was covered by more than 200 artists, including Cher, Aretha Franklin, Johnny Mathis, Dolly Parton and Petula Clark. Sadly, Lind found it difficult to maintain the momentum “Elusive Butterfly” brought.
Subsequent efforts failed to find an audience. Lind struggled with drugs, alcohol and a less-than-stellar professional reputation before he recorded a final album for Capitol Records, 1971’s “Since There Were Circles.” Although the effort pleased the critics, sales failed to follow. Lind parted ways with the music business and initiated a career that found him writing novels, plays and screenplays. He was a friend of the writer Charles Bukowski, who turned him into the character "Dinky Summers" in his 1978 novel Women and other writings 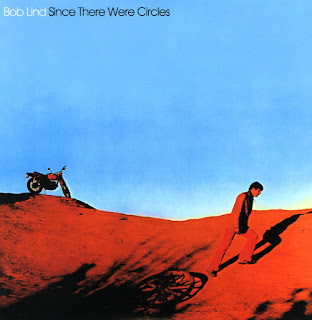 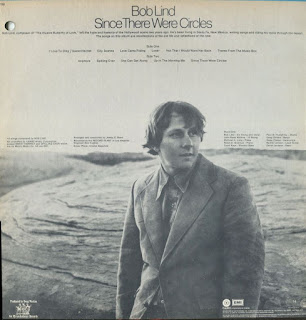 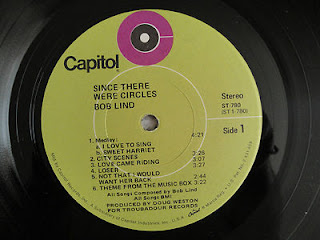 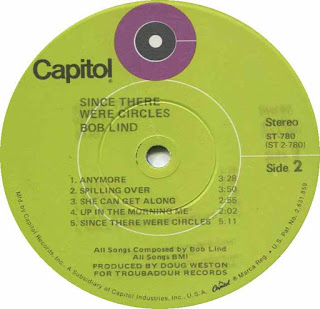 Posted by stiofain at 12:17 No comments:

Al Wilson - Searching for the Dolphins


The debut album by a lost (in all senses) American singer, Al Wilson. It is all covers, or versions of others' songs. Some standards some not. It is consistently brilliant. Wilson was from Mississippi, he was born at the head of World War 2. One of his friends was the white (Wilson was black) southern musician Johnny Rivers who had a label called Soul City. This first classic album came out of that relationship with Wilson singing and Rivers producing. Rivers doubtless helped select most if not all of the songs too, including a couple of his own as well as I Stand Accused, co-written by Curtis Mayfield, and By The Time I Get Phoenix and Do What You Gotta Do by Jimmy Webb. However, the record, widely available, yes it's true, is named from the extraordinary Fred Neil song The Dolphins, which is the opening cut. Neil was a 60s folk singer, who wrote Everybody's Talking, and The Dolphins 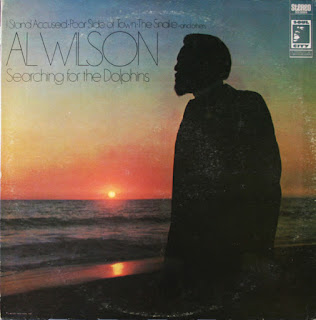 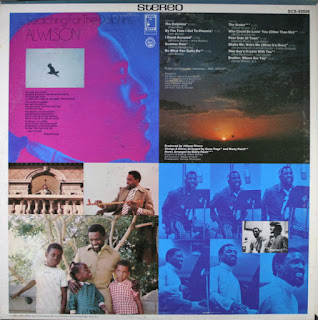 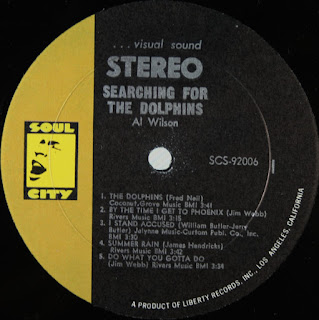 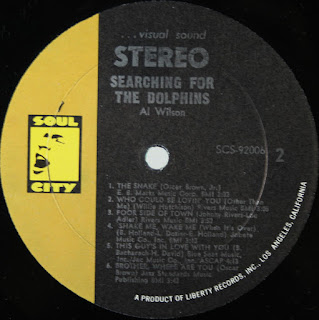 Posted by stiofain at 10:14 No comments:

A very underrated album from the good Doctor. His career is split between the voodoo psych madness of his first 4 LPs up to the Gumbo album and the laid back New Orleans funk of the rest of his work after his hit Right Place Wrong Time, which became something of an albatross round his neck as he seemed doomed to try and repeat it's success.

This was his follow up to the break through In The Right Place album and it unfortunately sank without trace despite being a superior set of tunes. While most people seem to regard his earlier spacier work as being the definitive Dr John sound there was always an accessible funky sound hidden in his music going all the way back to Mama Roux off his first LP Gris Gris, which Desitively Bonnaroo simply polished and clarified. While he seemed to slip into a bit of a rut with this approach on subsequent releases on this LP he presents a beautifully recorded set of blues, soul and funk expertly played by the Meters, who contribute a great deal to the grit and fire that keeps it from feeling like it is a by rote stab at the mainstream. 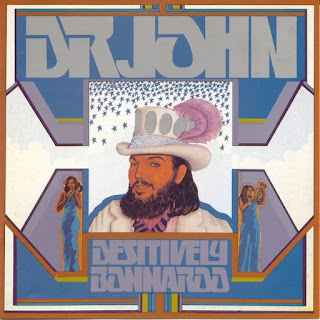 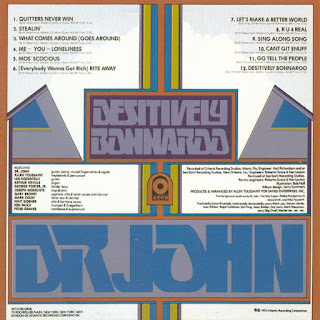 Posted by stiofain at 10:48 No comments:

Les McCann - Talk to the People

Les McCann is a prolific jazz pianist and bandleader who released his first of over 50 albums in 1959. In the late 60s he became more experimental in his output with a variety of obscure instruments and recording techniques which can be heard on this album from 1972 . He was a renaissance man also known for his painting, photography and political activism. 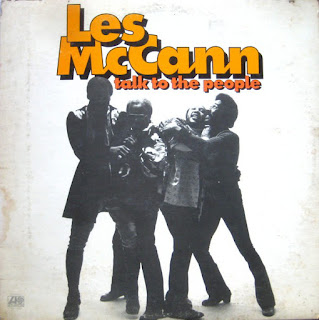 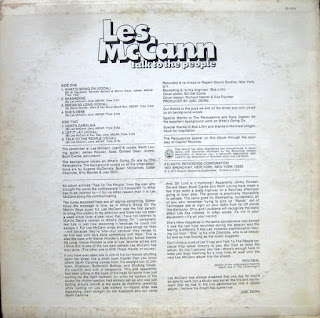 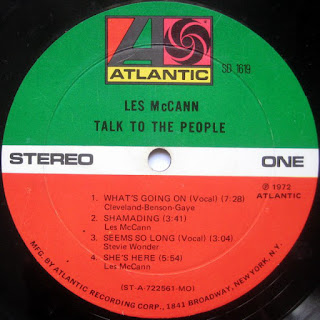 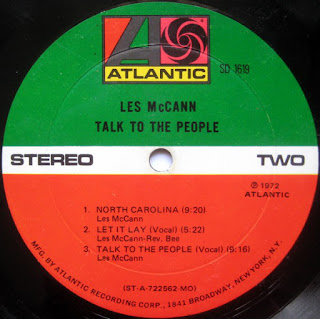 Posted by stiofain at 10:34 No comments:

Santana is the debut studio album by Latin rock band Santana released in 1969. Over half of the album's length is composed of instrumental music, recorded by what was originally a purely free-form jam band.
At the suggestion of manager Bill Graham, the band took to writing more conventional songs for more impact, but managed to retain the essence of improvisation in the music.
The album was destined to be a major release, given a headstart by the band's seminal performance at the Woodstock Festival earlier that August. Although "Jingo" was not very successful (only reaching #56), "Evil Ways", the second single taken from the album, was a U.S. Top 10 hit.
Santana wikipedia 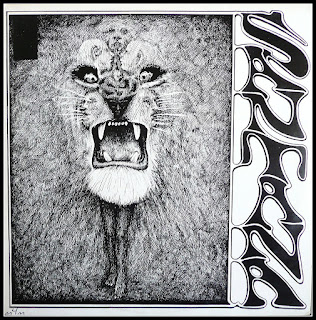 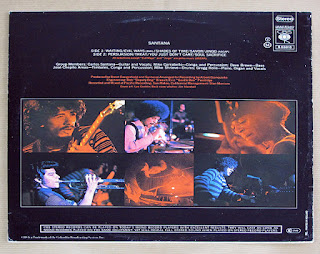 Posted by stiofain at 11:39 No comments:

This is Gil's debut album recorded when he was just 20 it nevertheless displays talent, political awareness and a literary wisdom far beyond his years, This is not as musical as his later work with Brian Jackson and contains some blatant homophobia but is regarded by many as the first rap album.
gil scott heron wikipedia 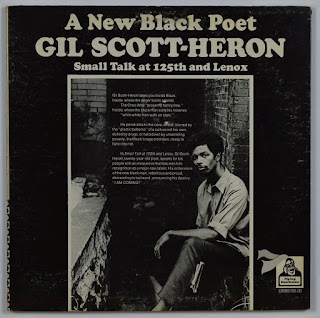 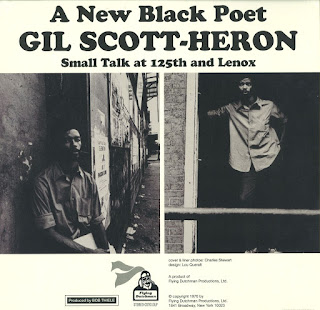 Posted by stiofain at 11:11 No comments: