Joni Mitchell - Song to a Seagull

Song to a Seagull is Joni Mitchell's 1968 debut album. Mitchell would later note that the album is more a result of her love of classical music than of folk, and this is evident through the thick, rich, and often unusual harmonies, and the densely poetic lyrics of the album. This album was originally released as an untitled or self-titled LP because of an error at Reprise Records' publishing department.

Song to a Seagull is a concept album divided into two halves: "I Came to the City" and "Out of the City and Down to the Seaside". (The two halves correspond to the two sides of the LP, which are identified as "Part 1" and "Part 2" rather than the conventional "Side 1" and "Side 2"). The first track refers to her failed marriage to Chuck Mitchell in Detroit, and a similar theme is explored with "Michael from Mountains", which questions whether one can truly love someone without knowing him. "Night in the City" is a celebration of nightlife; "Marcie" is a profile of a lonely woman, presumably a friend of Mitchell's; and "Nathan La Franeer" ends side one with the account of a bitter city-dwelling taxi driver Mitchell once encountered.

Posted by stiofain at 10:33 No comments:

A more modern offering than usual this week ( but still over 30 years old - 1986 ) just to offer something a bit different and hopefully complement our live act tonight Red Heaven from Canada.
Matt Johnson is the tortured genius and creative force behind The The who I suppose could be described as an English post punk band from the 80s but still active today.
Infected is the most complex The The album, every song on this album is arranged to the nth degree until it becomes almost too much. Lyrics-wise it is usual for Matt Johnson wallowing in the mess of his own feelings and merciless self-flagellation. "Here comes another winter of long shadows and high hopes. Here comes another winter, waiting for utopia, waiting for hell to freeze over". Saxes and trumpets, trombones and string orchestra, Steve Hodarth - who later will become the Marillion vocalist - plays nice piano on "Heartland" and "Twilight of Champion" starts with some stupendous baritone saxophone intro.
The The wikipedia
download album and artwork 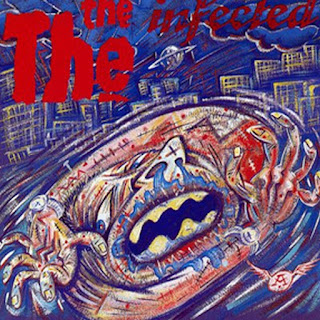 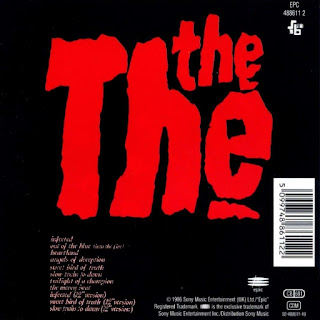 Posted by stiofain at 12:17 No comments:

This is Cliffords 2nd album released in 1973 recorded after the chart success of " Gaye " allowed him to retire from teaching English Lit in England ( one of his pupils was Trudie Styler future wife of Sting who championed him in later years when he fell ill ) . He had sevferal hits in the UK and further afield but due to his illness ( Multiple Scelerosis ) was unable to keep up the gruelling schedule needed in those days to carve out the international career and fame  he deserved.
Home Thoughts From Abroad is a well known short work by the famous Victorian poet Robert Browning (1812-89).
Clifford T Ward wikipedia
Cliffords Obituary in the Guardian newspaper
download album and artwork 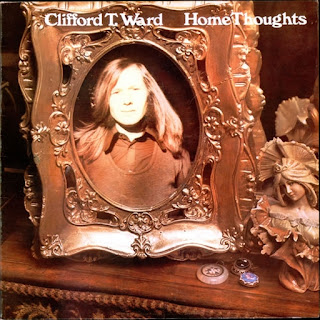 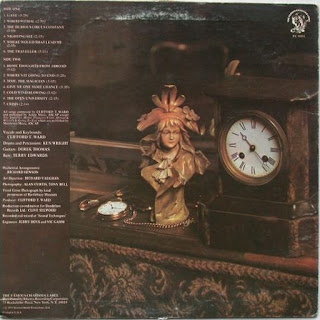 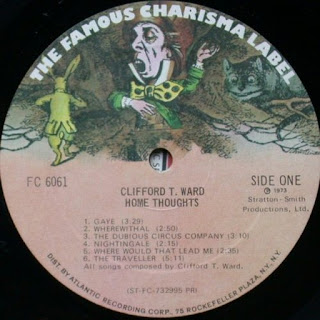 Posted by stiofain at 10:34 No comments:

This is Phoebe Snows debut from 1974 . While well respected by fellow songwriters Phoebes career didnt reach the heights she should have perhaps due to her dedication to looking after her disabled daughter at a time when most with her conditions would have been institutionalised. 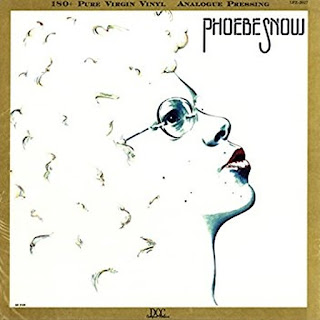 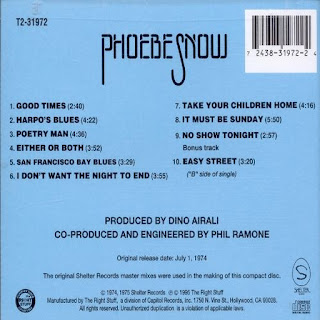 Posted by stiofain at 11:07 No comments: